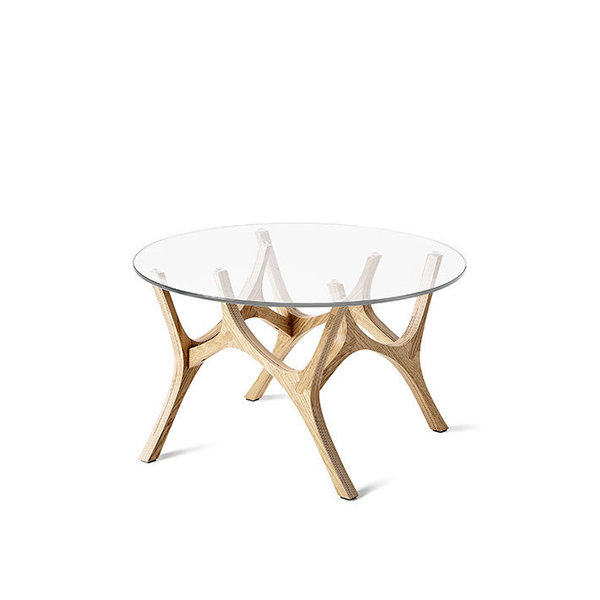 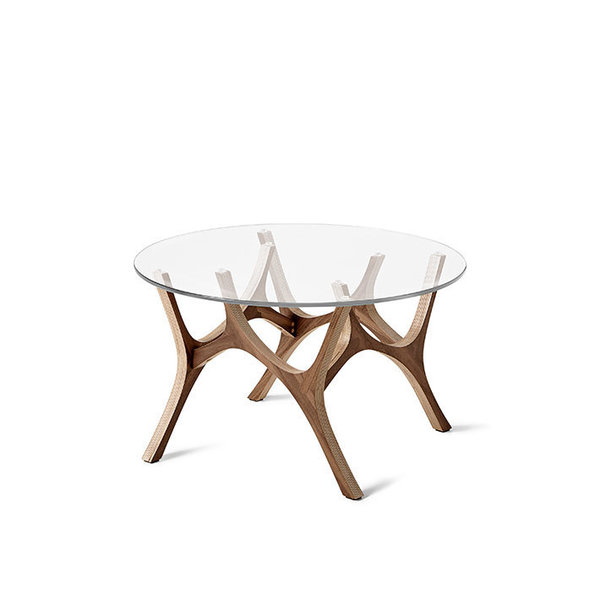 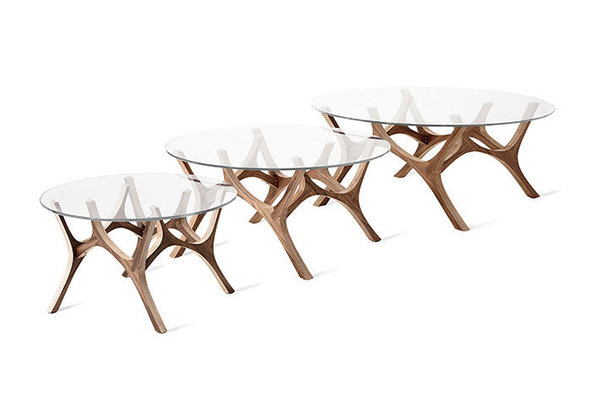 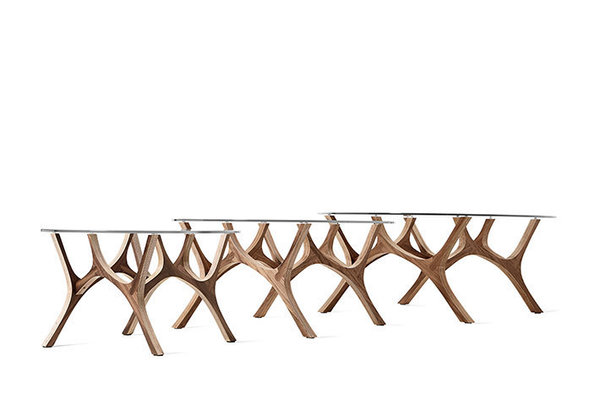 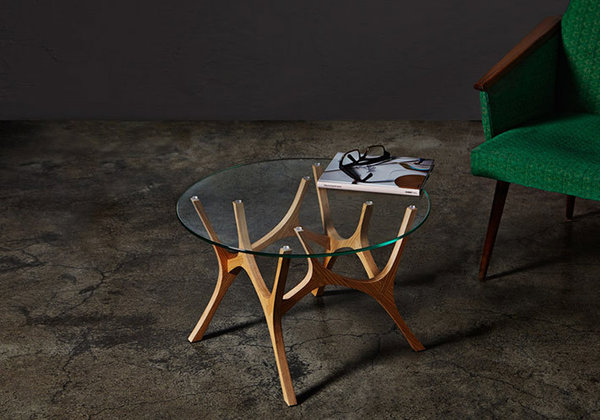 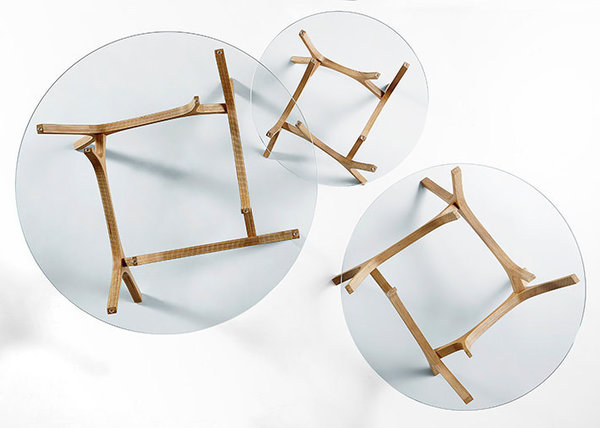 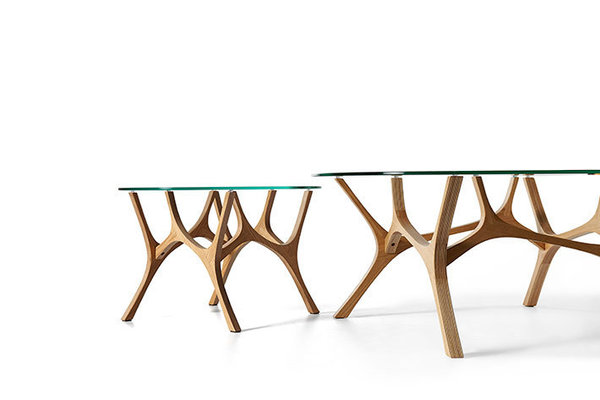 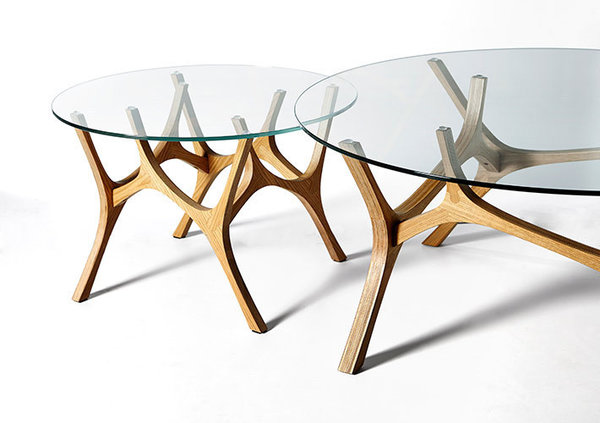 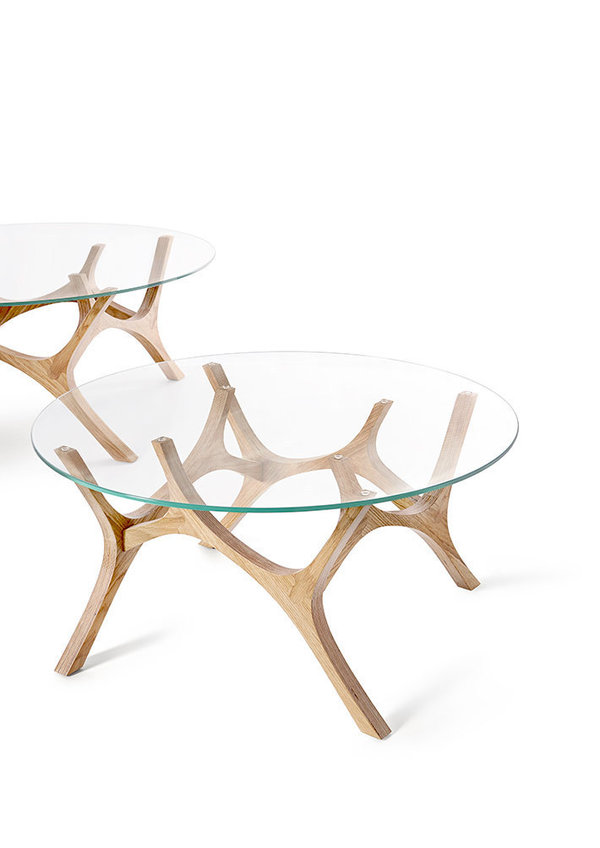 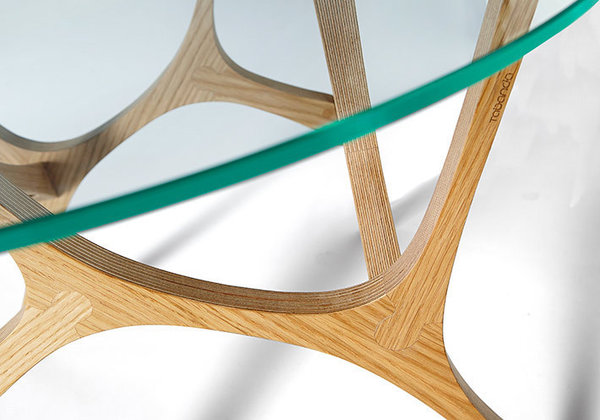 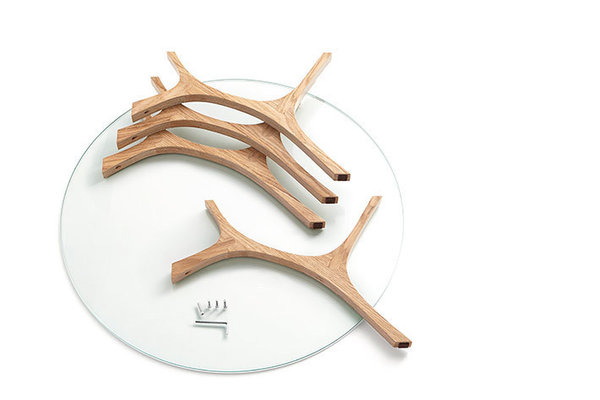 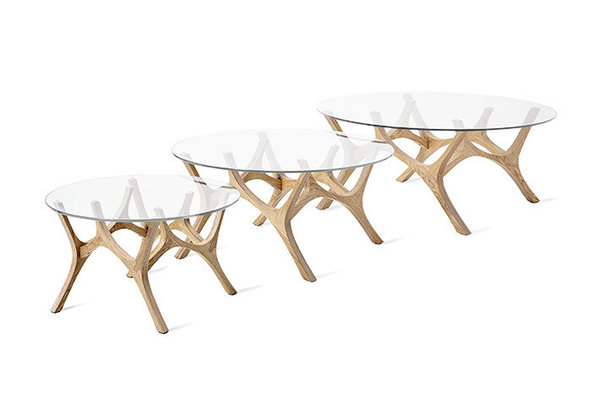 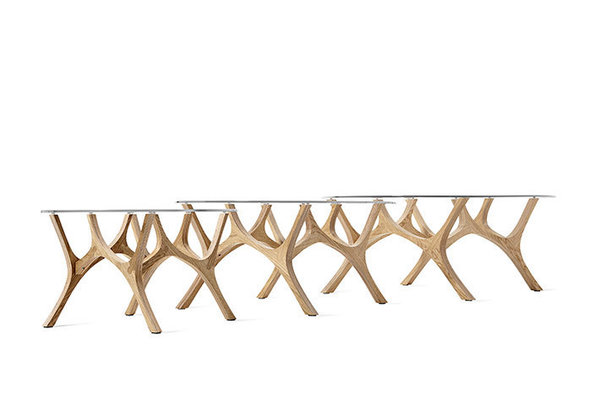 Here in Tabanda we love nature. During one of our sport-and-sightseeing trips, we began to wonder: how could one embody the nature's riches in such a minimalistic form as a piece of furniture? We only found an answer a little later and it proved to be the MOOSE – a coffee table inspired by nature.

Its supports are formed of four identical plywood modules, cut so that they remind beautiful, branching antlers. Together these carry a classic round tabletop made of colorless OPTIWHITE™ glass. Having the environment in mind, we had reduced the use of plywood by dividing each of table's support into three small puzzles. As a result, it takes as little as 0,5 square meter of plywood to produce a single MOOSE table.

It feels like we had just designed it, and yet our dear MOOSE settled down and raised a family. Now you can adopt the MOOSE in three different sizes: PAPA MOOSE (⌀ 99cm), MAMA MOOSE (⌀ 79cm) and BABY MOOSE (⌀ 59cm).